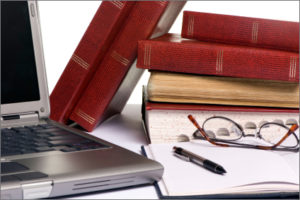 For over thirty years I worked with patients with various complex chronic illnesses. However, I now dedicate my practice exclusively to the care of patients with an Ehlers Danlos Syndrome (EDS), and similar conditions.

Ehlers Danlos Syndrome (EDS) is the name for a group of conditions, in which many joints are looser than normal, i.e. “hypermobile.” This means that the affected joints can bend further than most people’s. These are inherited conditions that usually show up in childhood, but are often only diagnosed later in life, if at all.

By far the most common type of EDS is the “hypermobile type”,  which was newly abbreviated in 2017 to hEDS. (Previous abbreviations included HEDS, H-EDS and others.)  A previously-used term,  “Joint Hypermobility Syndrome (JHS)” has now been abandoned, in favor of “Hypermobility Spectrum Disorder (HSD).” The great majority of people previously suspected as having EDS, are now diagnosed with either hEDS, or HSD. There are several other kinds of EDS. They are much rarer, but some of them can have serious complications. Also, there are a few conditions in which joints may be hypermobile, that are not in the EDS group at all. So, it’s important to make the right diagnosis.

There is much more to EDS than loose joints. People with EDS often have pains that don’t seem to come from their joints, but rather from nerves. They may be tired all the time, and run out of stamina in activities that most people can continue for much longer. They may sometimes be mentally foggy – enough to harm students’ class performance. They may have dizzy spells and blackouts. They may bruise and bleed more easily than others. They may have various problems with their stomach and intestines. And although often very intelligent and academically-successful, they may be hampered by anxiety, or panic attacks. All these are features of their inherited condition, and various other features can also be present, in varying degrees from one person to another.

Strangely, the above facts are hardly ever taught in American medical schools, or even in postgraduate specialty courses. The only specialists who claim expertise about EDS are geneticists. They can diagnose EDS and work out what type the patient has, but they generally don’t get involved with treatment. Moreover, there are far too few geneticists, and it can often take a year or even more to get an appointment with one. While there are some doctors in the USA who do indeed care for all aspects of EDS, they are very few indeed. As with geneticists, they have extremely long waiting lists and very little time to spend with their patients, beyond the first visit.

This is why I began to focus on this condition some years ago. I felt that people with a condition with so many components, should have at least some input from knowledgeable doctors who could help them with all of their symptoms, not just those coming directly from loose joints. That input would have to mainly consist of helping their local doctors to understand their condition and address all its aspects. That is what my current practice aims at: to help my colleagues improve care for people with a lifelong condition that the medical system as a whole has largely ignored.. – Alan Spanos, MD, MA.